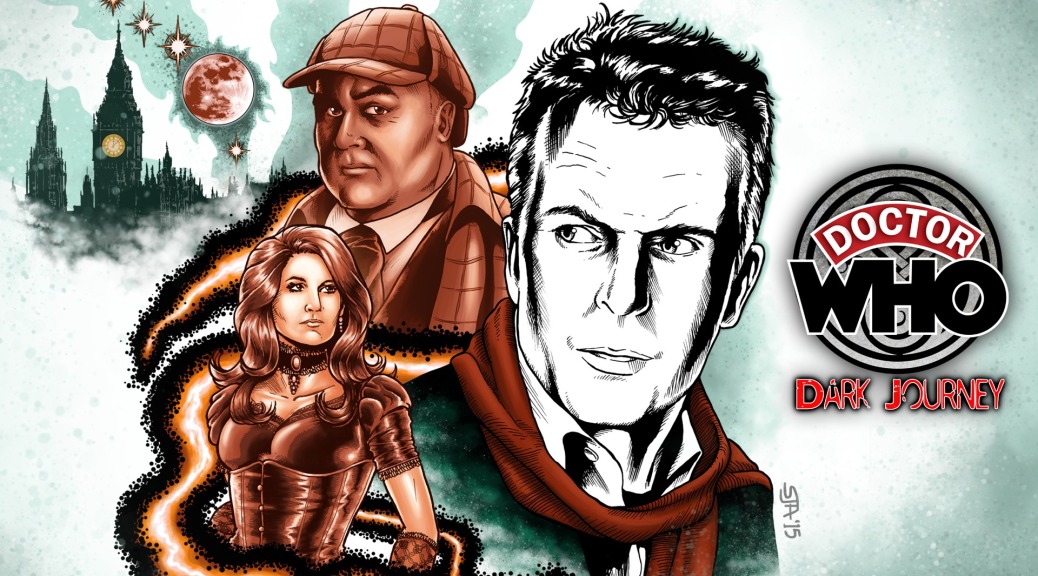 The Passing Of Light, episode four of Dark Journey Series 2, hit the net today premiering on The Droids Canada podcast. Has it really been four weeks since episode one? Time flies when you’re having fun! But some of our favourite characters aren’t having a good time. Things are desperate for the Doctor and Sherlock as they battle evil demonic forces. With so much tragedy in his past, when the Doctor is offered a chance to change it, will he be able to resist? What if it means turning on his friends?

With just two more episodes remaining this series, a lot is revealed about the nasty bad guys today. More importantly, toward the end of the episode the Cool Beans Doctor really gets to shine. One of my favourite Matt Smith moments was during the The Pandorica Opens. The scene where the Doctor stands before a mass gathering of his enemies and gives his impassioned speech has long been a favourite of mine. Well, Andrew captured the defiant essence of that moment and delivered a soliloquy of his own that was the highlight of The Passing Of Light. But if you remember Pandorica, that speech ultimately didn’t help the 11th Doctor. How will the Cool Beans Doctor fair? Will he have a similar outcome? I guess we will just have to wait until next week’s episode to find out